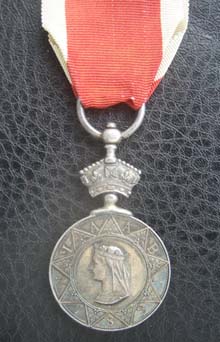 George White, born 22nd Aug 1835, entered service 9th June 1862, noted as "joined from the merchant service” and passed college 14th June 1862. After service on four other ships, he joined HMS Daphne 12th April 1867 24th , serving as Navigating Lieutenant until May 1870. During his service in Daphne he would take part in the Abyssinian Campaign 1867-8 and on anti-slavery operations on the East coast of Africa.

Captain George Lydiard Sulivan was Commander of HMS Daphne from June 1867 until June 1869 and left an excellent account of HMS Daphne’s anti-slavery service; ‘Dhow chasing in Zanzibar waters and on the eastern coast of Africa’

Sulivan’s/Daphne’s entire service during these two years are set down and as Lieutenant White was present on board during this time also, a good idea of his service can be gained.

His papers show that he was reprimanded for sending a dispatch for publication in The Bombay Times ("reprehensible" conduct) after generally good reports.

However, he was dismissed in 1872 for drunkenness on duty. He had once before been accused of drunkenness but avoided punishment on the basis of his former good service and the fact that the medical officers reported that they detected no trace of drunkenness and recommended that the case be dismissed, with no further action taken. However in 1872 he was arrested and court martialed for again being drunk on duty, was sentenced to be dismissed from ship and to lose all seniority. Recorded as becoming bankrupt shortly afterwards.

With copy of service papers etc. - his only award.

Medal in VF condition with slight contacting to reverse.