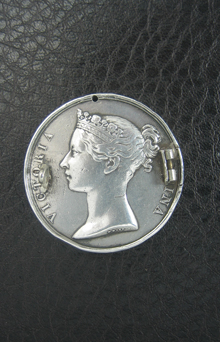 On 7th March 1879 H.M.S. Shah disembarked 16 officers and 378 men at Durban, one of whom was Grist, and this force was then led by Commander John Brackenbury.

On 18th March 1879, the Naval Brigade with the force heading to relieve Eshowe fought at the Battle of Gingindhlovo on 2nd April where the Royal Navy and their guns held the corners of the British square. After the relief of Eshowe on 4th April, Commander (Acting Captain) Campbell was placed in command of the whole Naval Brigade numbering over 800 officers, seamen and marines. With much of the fighting already over, the detachment from HMS Tenedos re-embarked on 8th May. HMS Active's and HMS Shah's contingents re-embarked on 21st July. The men of the Boadicea were the last company of the Naval Brigade to return to their ship, doing so on 31st July 1879.

Grist was issued with the South Africa medal with the 1879 clasp, 394 clasped medals to this ship, of which 66 were awarded to men of the Royal Marines and Royal Marine Artillery.

Condition, Brooch mounted to obverse with some contact wear and EK’s. A relatively scarce SA 1879 awarded to a Royal Marine. Unresearched.