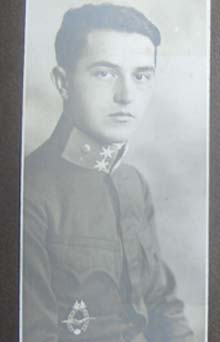 Album with 110 photos 1918 until early 1919. Fantastic portrait shot of the pilot has an inscription showing he was training to become a fighter pilot during September to October 1918 and is wearing his pilot badge already. He previously served or trained in Flek 7 at Parndorf.

Photos include shots of pilots wearing pilots badge, and aviation insignia, groups of pilots and lots of aircraft. Many of the aircraft are damaged and look to be taken at the right at the end of the war; various types; Brandenburg’s, Albatros D’s, Gotha, Albatros C’s, Lloyd etc etc There are also airfield shots, a small number of aerial, scenic and family etc. Some really good and unusual aircraft shots.